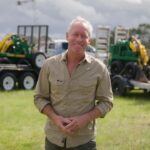 Kanga Loaders was fortunate to feature on The Garden Gurus show, which airs on Channel 9 (Saturdays 4:30pm AEST). Nigel Ruck from the famed television show ‘Backyard Blitz’ hosts The Garden Gurus, and presents all four episodes as listed at the end of this post. Nigel is familiar with Kanga Loaders, having first used the Kanga […] 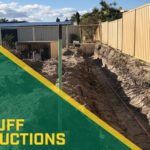 The Job – Tight Access Excavations We were tasked with removing all the soil from a backyard with only 1.8m access in height this is one of the tight access excavations that keeps things interesting.In the end we shifted around 15m3 of soil from rear to front. The Results Look at that straight line. Now […] 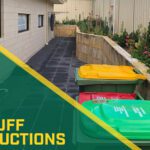 The Job – Tight Access Trenching We used the kanga at a job in Kardinya, we had limited access so couldn’t fit a bobcat under the existing carport roller door. This is why this job is called tight access trenching. So then we dug a 1m wide trench to build a new retaining wall 1m […] 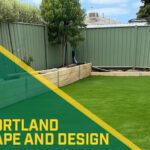 The Job – All Seasons Synthetic Grass Before and after pictures of some synthetic grass done during the week. After clearing and levelling the area with Kanga, we were able to lay some all seasons synthetic grass around the still to be built decking area. This all season is great for brightening up a space […] 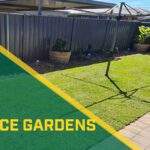 The Job – Tight Access Turfing Todays job was a dig out to lay turf (we do this a couple times a week). Scraped back poor soil about 80mm and replaced with loam specifically mixed for turf. The trick was getting to the soil first as the access was super narrow, earning this job the […] 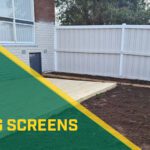 The Job – Decking A sleek ground level deck and garden beds to transform an unused space into a new entertaining area.We used our Kanga Kid to dig out the dirt to allow for air flow under the decking and to level the yard. We used the excess dirt to fill the garden beds. The […] 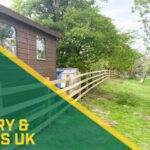 The Job – Acreage Fencing Using the Kanga to prepare for the fence that is set to extend over acreage. This acreage fencing needed to be sturdy with posts set deep as it ran along quite a large expanse of property that would be effected by weather and animals. Also needed a machine that could […] 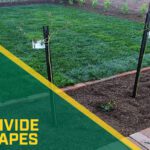 The Job – Front Garden Renovation Front garden renovation ticking off my first 45° herringbone path complete with irrigation, brick edging, and plants supplied and planted by the awesome clients. Of course we’ve got some Canberra blend turf and gardens finished off with some eucalyptus mulch. We started the project by clearing out all the […] 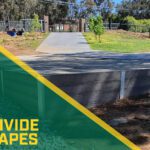 The Job – Parking Space Parking space finished on this Goulburn job. Cleared out the muck that we dug up and drilled out some space for supports for the concrete sleepers along with a few tonnes of ballast for drainage on this sloping block. We then backfilled the area and compacted the dirt for a […] 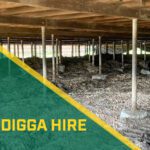 The Job – Clearing Under the Shed Howie’s Digga Hire was tasked with clearing under the shed and around the yard for this customer. This meant lots of tight narrow spaces and the need to move all kinds of dirt and debris– perfect job for the Kanga The Results The low roof was pretty challenging […]